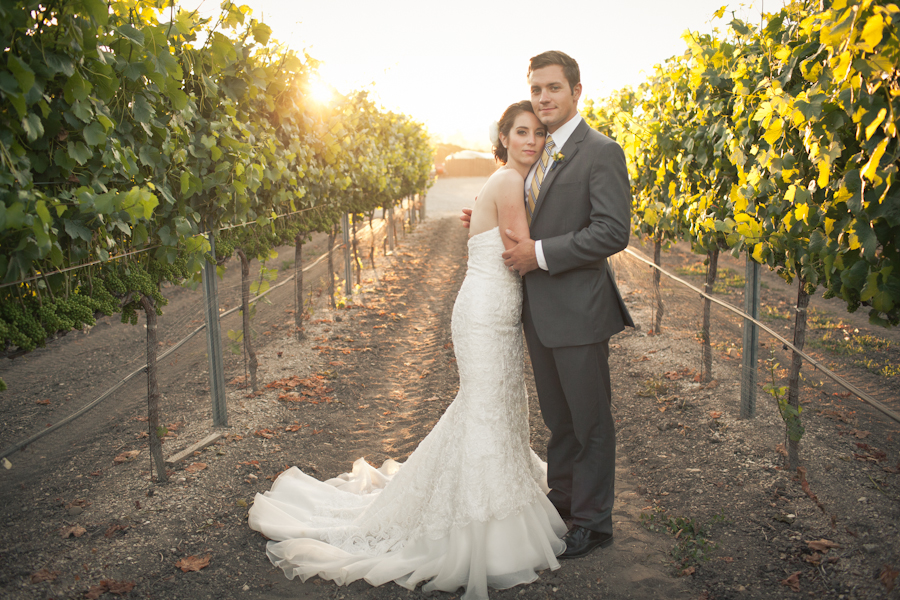 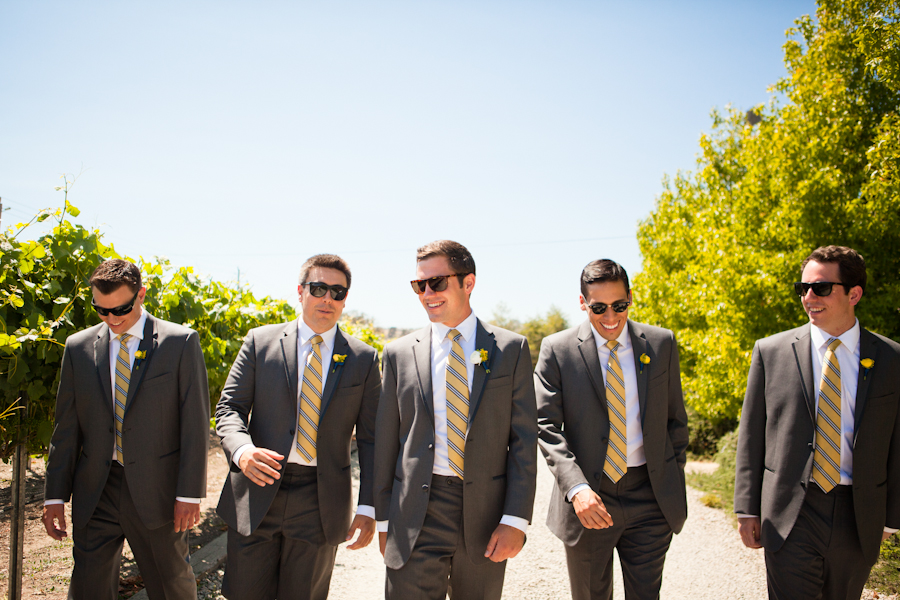 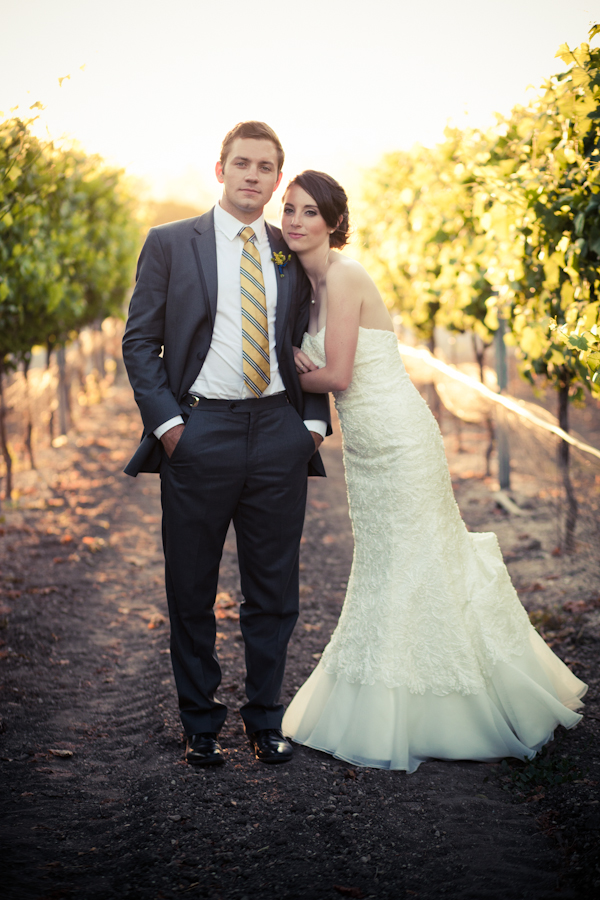 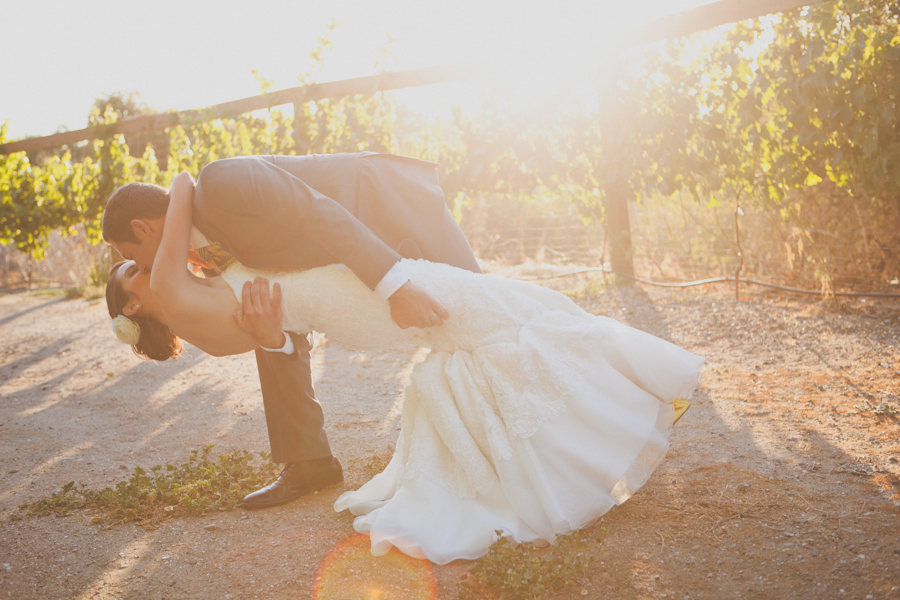 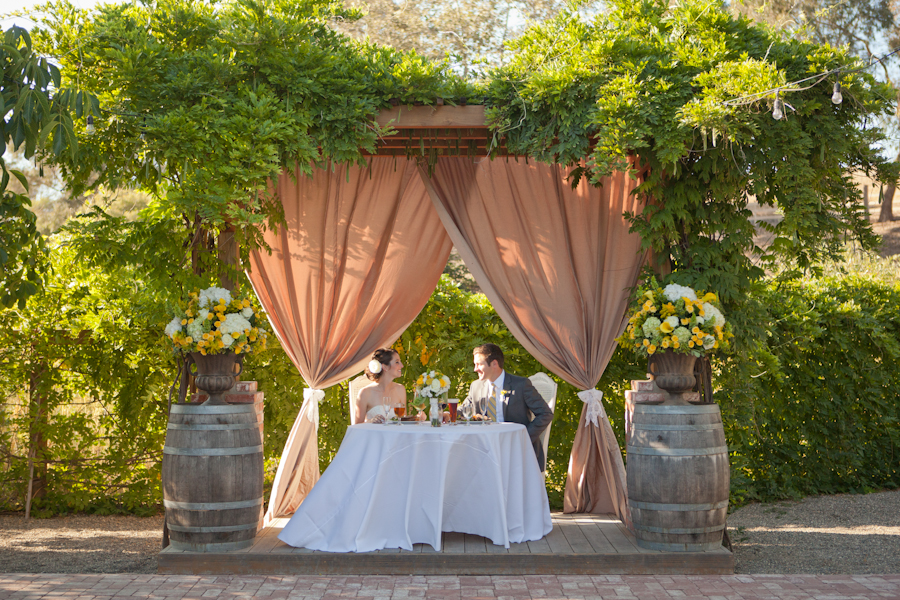 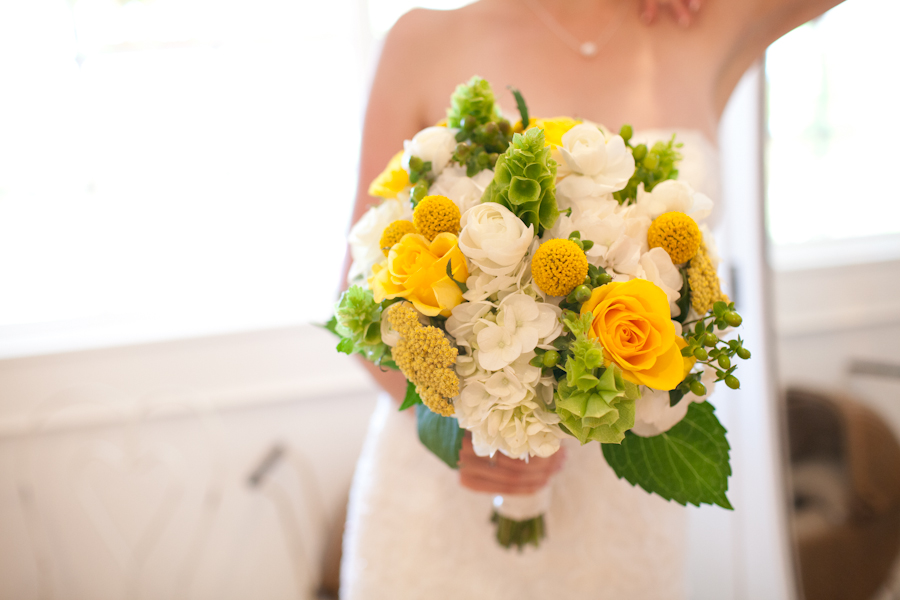 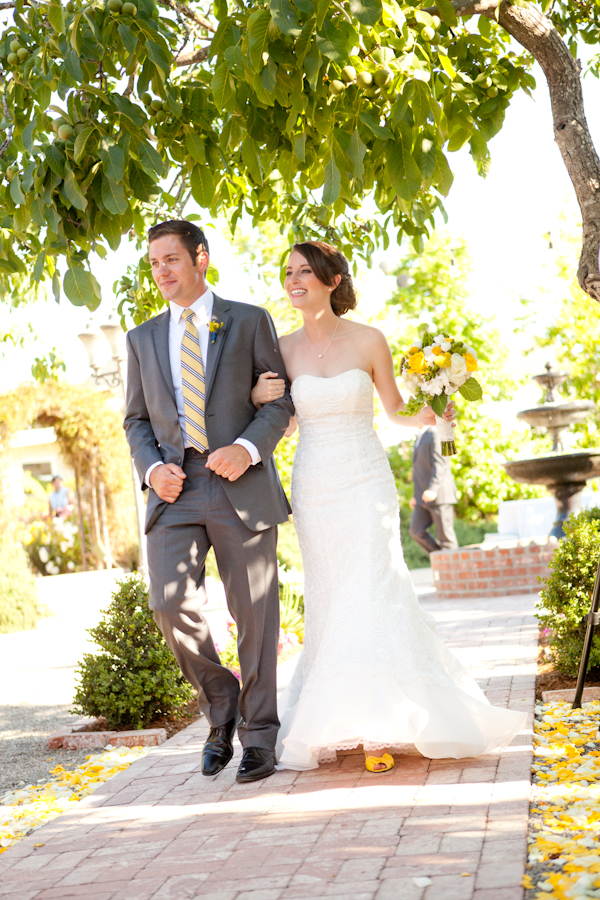 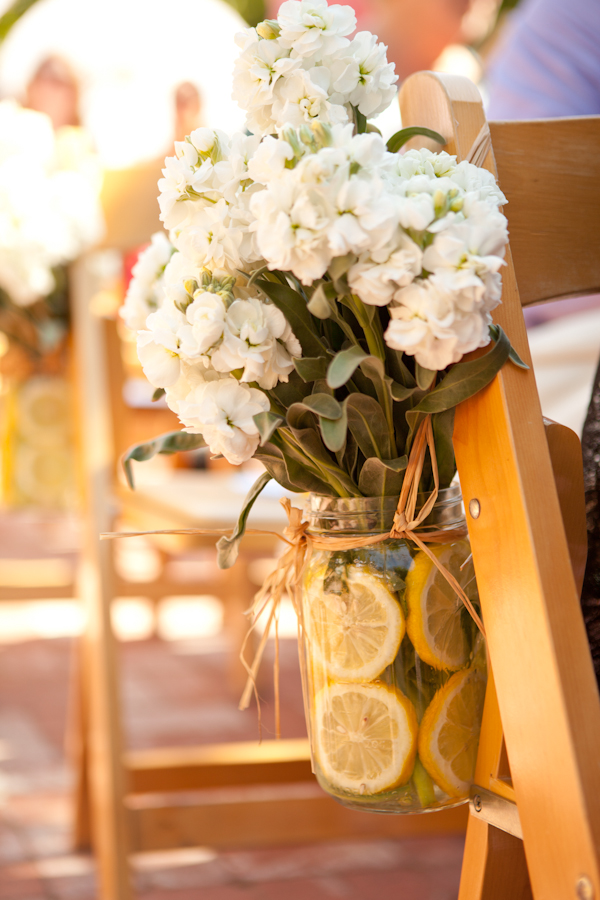 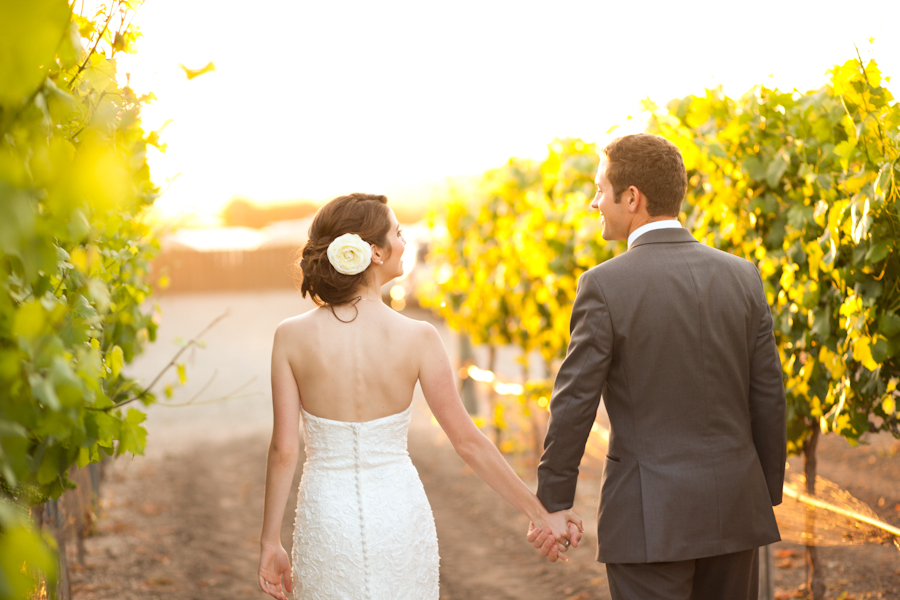 Christine and Stuart married on the warmest day in June. Their color scheme was perfect for the day. They had Yellow and White flowers with Navy accents and incorporated Citrus into their centerpieces. It just so happens that Christine’s parents married on the warmest day of the year also, so it made for fun conversation. We first met Christine and Stuart when they were living abroad in London. They made a trip out to the Central Coast to search for a wedding venue. They planned a bit from afar but did a majority of their planning after moving home to San Luis Obispo. Stuart had some small plans but left a lot of the décor decision to Christine. He spent months brewing his own beer for their wedding day and my did it go fast. It was an incredible day -one of laughter and smiles. Stuart dipped Christine on the dance floor and set the tone for the rest of the night. The sunset that evening, as one guest put it, {was} “epic”. Congratulations to Christine and Stuart for starting their marriage off with a blast of a time.

This site uses Akismet to reduce spam. Learn how your comment data is processed. 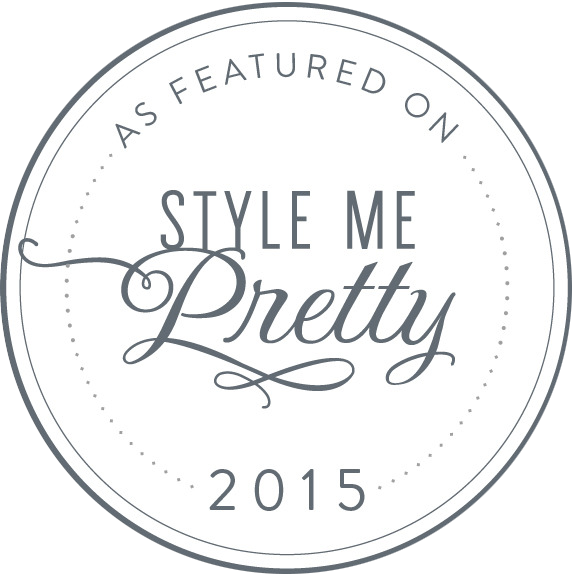 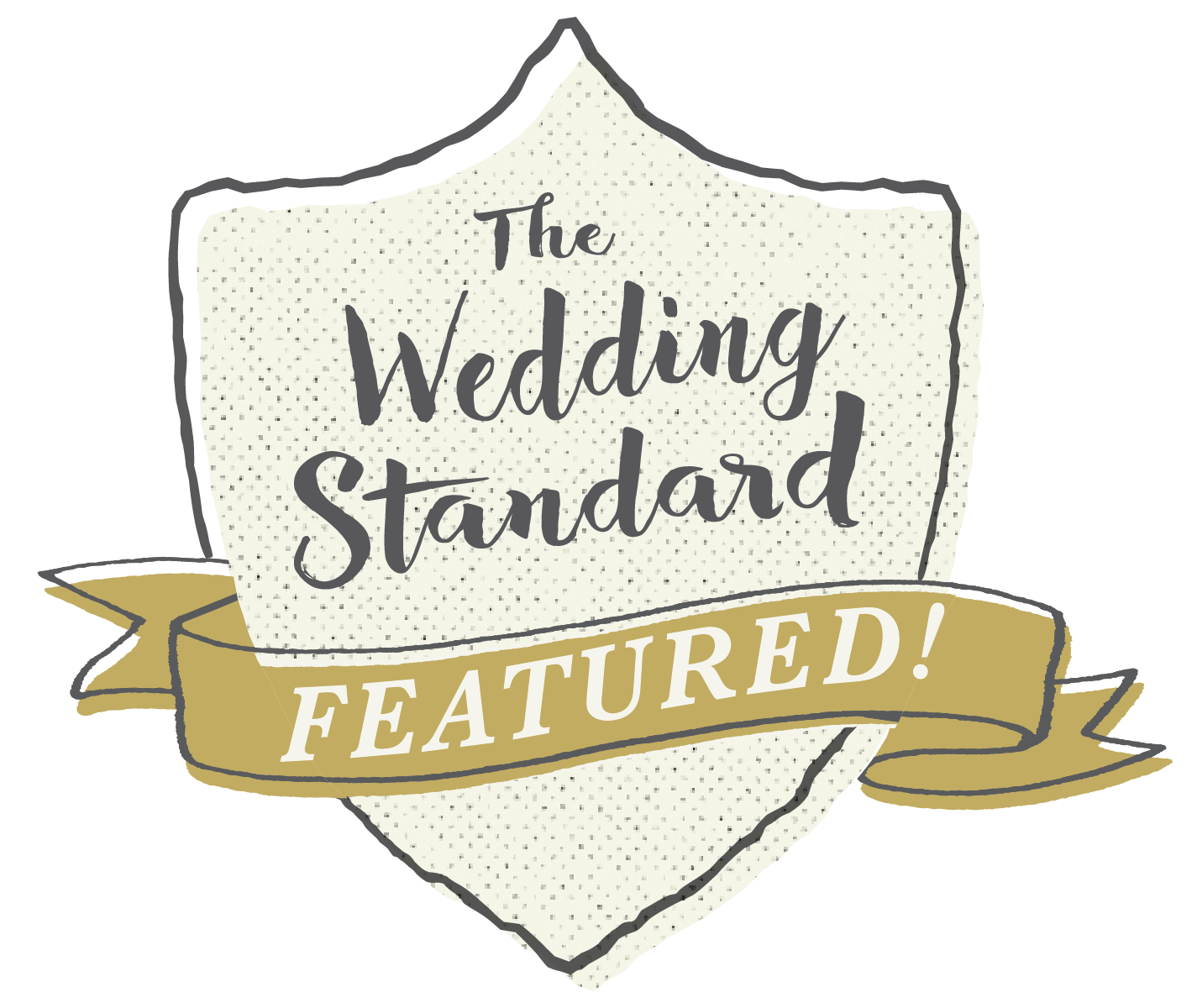